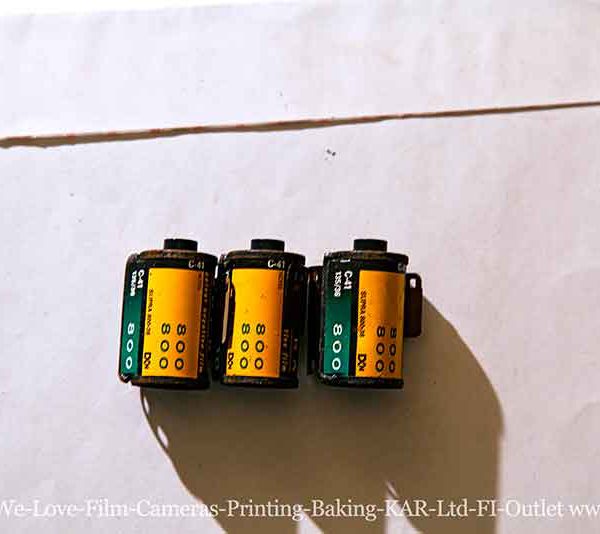 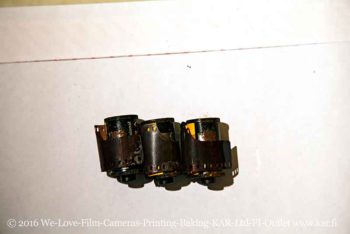 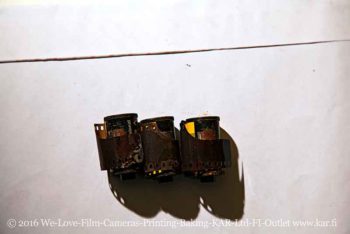 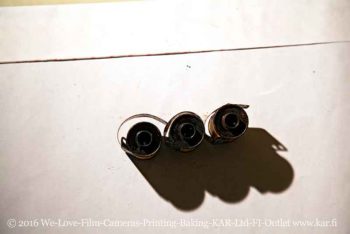 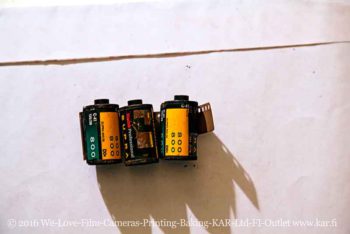 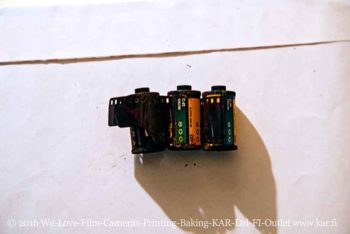 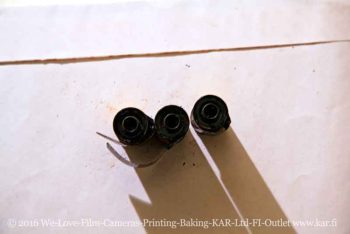 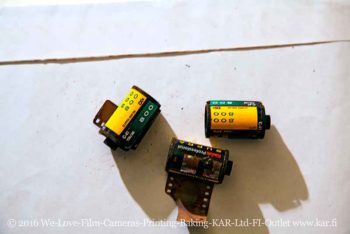 AS you can see from the photos, all these film cans are a bit rusted due to moisture in the deep freezer that has gone the film that unlucky me were not properly sealed. I believe the film inside the cans should be more or less ok. I am selling these three Kodak Supra 800 11/2001 expired 135-36 film rolls, starting 1 euros, with reserve and buy it now 10 euros. I have two sets like these to sell and you see photos of both of them. I have also four sets of 3 rolls in good cosmetic condition for auction.