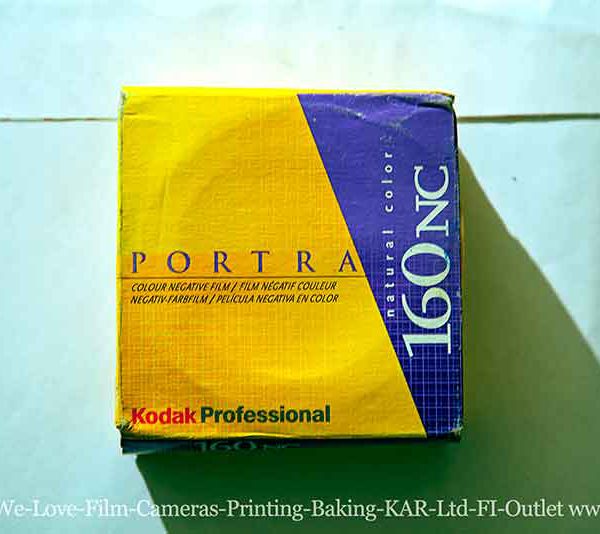 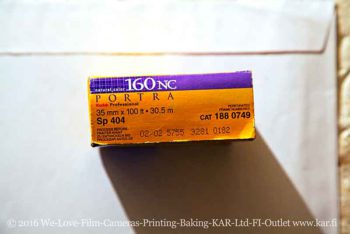 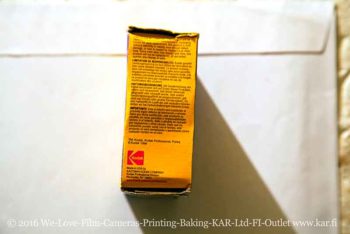 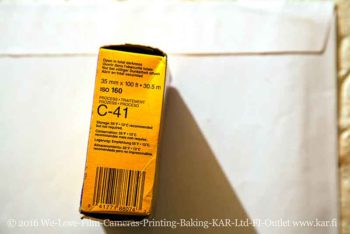 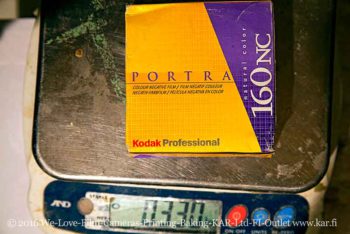 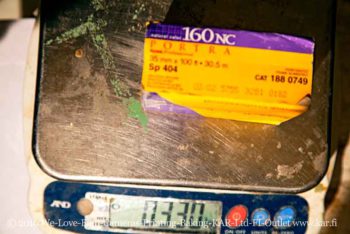 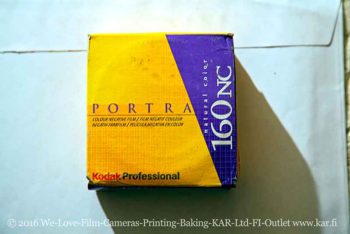 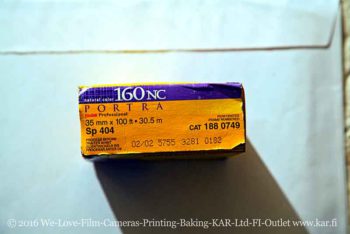 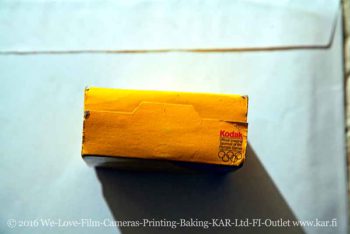 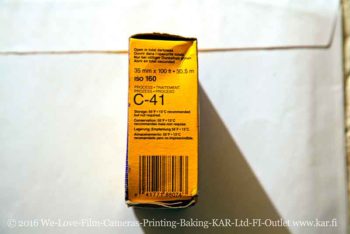 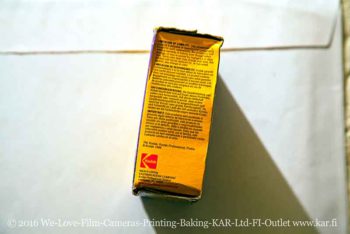 The cardboard box is still unopened, as you can see from the photos, and it weighs with the cardboard box 330 g. I am selling this film reel in auction, starting 1 euros, with reserve and buy it now 75 euros. I have two of these, and you see photos from both. (The third unopened reel I kept a bit longer in deep freeze, as well as the fifth opened reel, so I other auctions for them.)